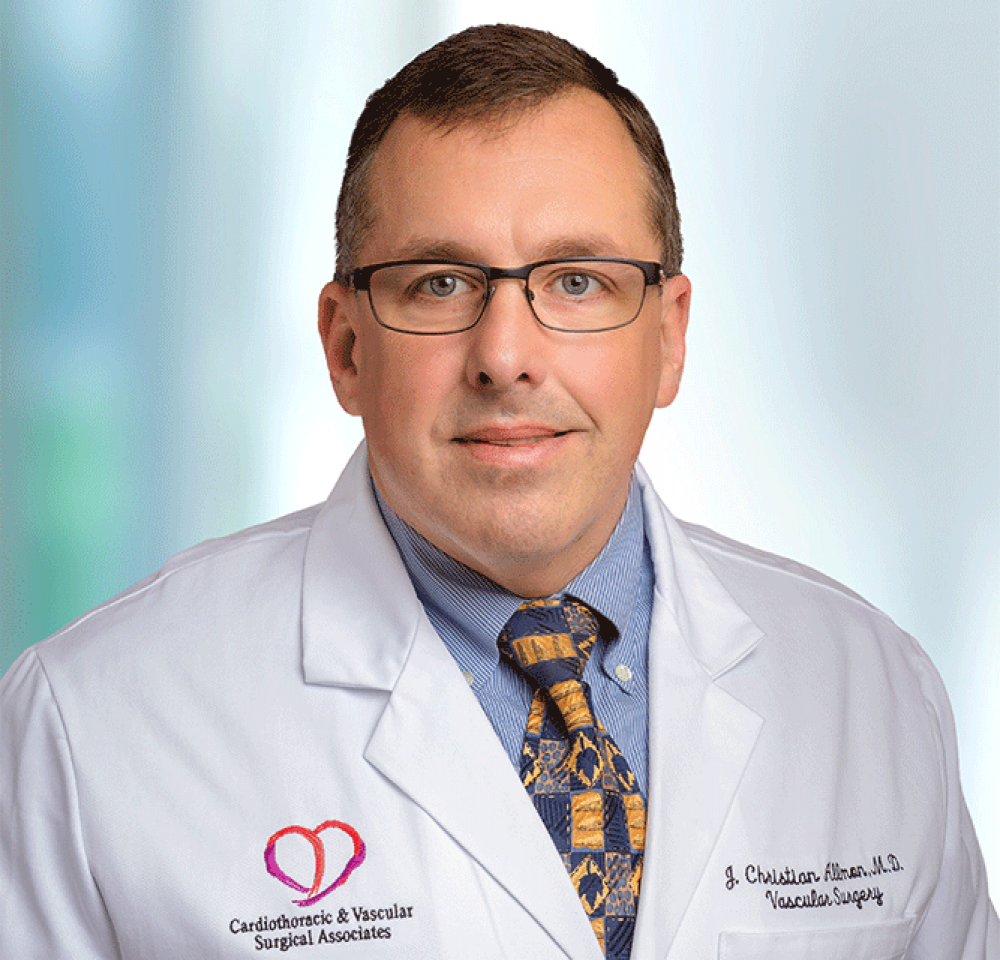 Dr. Allmon has been a resident of Florida since 2005. After spending six years practicing vascular surgery in the Pensacola area, he moved to the Jacksonville area and began working for the University of Florida. While at UF Health Jacksonville, he served as an Assistant Professor of Surgery in the division of Vascular Surgery and Endovascular therapy and was responsible for resident education as the Associate Program Director for the General Surgical Residency. He was coauthor of several peer-reviewed surgical papers concerning the surgical management of complex vascular injuries in trauma patients.

During the summer of 2018, Dr. Allmon decided to leave his successful academic practice and join us at Cardiothoracic & Vascular Surgical Associates , P.A. Dr. Allmon has received training in all aspects of the treatment of arterial and venous disease. Those include both conventional, open vascular surgical reconstructions, as well as less invasive, endovascular procedures. He has experience treating patients with arterial and venous disorders, including hemodialysis access and varicose veins.