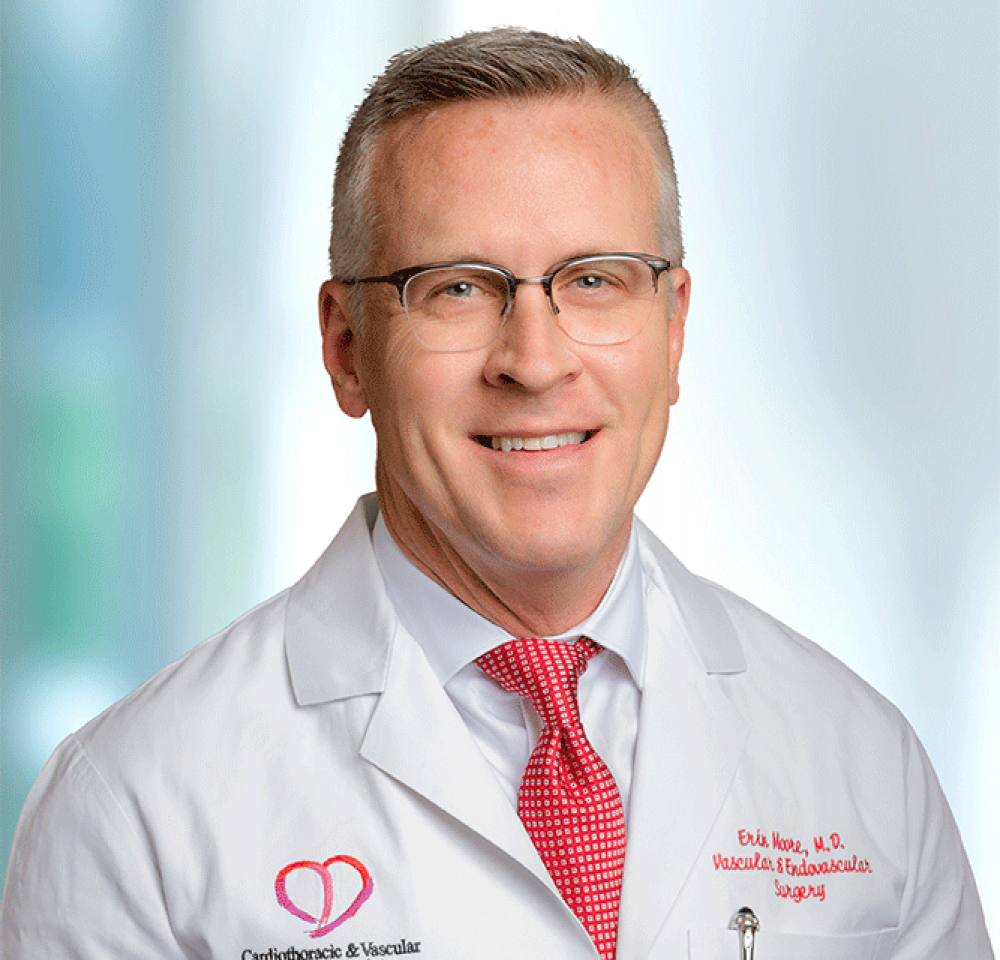 Dr. Moore arrived in Jacksonville in 2009, having previously served with distinction as a Commander in the US Navy and Head of the Department of Vascular Surgery at Naval Medical Center, Portsmouth, VA. Extensively trained in all aspects of open and endovascular surgery, he is considered an expert in the use of minimally invasive techniques for the treatment of arterial and venous disease states.

He has pioneered the use of the multiple devices for the treatment of arterial and venous disease in the Jacksonville area and has been sought after by the medical device industry to lecture and teach other physicians in the areas of Aneurysm repair and secondary management, peripheral arterial interventions and therapies for venous disease. A clinical Associate Professor of Surgery at the Uniformed Services University of the Health Sciences, he has multiple publications to his credit, and is the local principal investigator for multiple international device trials.

Dr. Moore is actively involved in research on multiple different vascular subjects, giving lectures domestically and abroad. He is the Director of Vascular and Endovascular Surgery at Baptist Medical Center.

The University of Texas at Dallas
Richardson, Texas

The University of Texas at Dallas
Richardson, Texas